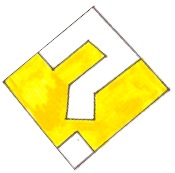 Questions are funny aren’t they? And not in a ha ha way. Take my nephew Ben. When he was three we took him to the cinema – his first ever trip no less. Whilst watching the cinematic masterpiece that is Ice Age 3, Ben struggled with the concept of inherent evil. Rudy is the baddy, no reason why, he just is. ‘Why is he bad?’ asked Ben. To which I gave the uncharacteristically deep answer ‘He just is.’ This wasn’t good enough for the wisened three year old, who proceeded to ask the same question throughout the rest of the film. My answers weren’t enough for Ben and his questions made no sense to me.

And then there’s the wife who has a way of asking questions without asking questions. For example when we are both in the car and she is too hot. It’s hot in here, she states, but what she means is – Would you pop the air con on? And I, being a master of subtlety, carry on oblivious. All of which makes me think that if we struggle to understand and communicate with each other, how would Jesus have received our various questions and statements?

CS Lewis once commented that half our questions to God are unanswerable, that to Him they sound a bit like ‘How many hours are there in a mile?’ They are nonsense. The Pharisees were well practised in questions that miss the point, choosing to try and trip Jesus up rather than to seek the wisdom incarnate before them. A question about divorce was asked not because they cared about the answer in terms of what Jesus actually said, but because they wanted to see how He aligned himself. Rather than seeking life improving answers from the Son of God, they choose to try and outwit him with long thought out questions. The egg well and truly ended up on their faces.

Not only the Pharisees but Jesus’ disciples too. Often missing the truth behind Jesus’ words and asking questions or making suggestions that just didn’t make sense. Jesus was trying to lead them down the path to life, but they were so resistant to it. How frustrated must Jesus have been with all these dullards?

And what of our questions to God? Do we question Him honestly? Or do our questions miss the point and become nonsensical? Do we choose the right arguments, or do we stubbornly hang onto our own interpretations of God and scripture, flaying anyone who points out where we may be misguided? Do we communicate with God fairly? Or do we try and manipulate him, playing Him off the choices we’d rather make? Do we treat Him fairly, or do we villianise (I think I just made up a word) him to suit our purposes? Or just create Him in the image we need him to be?

If you are anything like me, and I hope for your sake you are not, then you question God when you want to do something you have an inkling He won’t like – and I’m not just talking about sin! What about the little things, like neglecting to spend time with Him? ‘I can do this tomorrow God, can’t I?’ Jesus often threw questions back at the asker, highlighting their true priorities. I hear God replying to me right now. He’s saying ‘Can you?’

3 thoughts on “Is yellow square?”