Ever been low? It wasn’t something that ever bothered me. I knew about depression, having seen other people suffer, including loved ones. I just didn’t understand it. That was until things started to get a little top heavy ten years ago. I knew I was doing too much, but I thought I could handle the pressure on my time from work, church and family. I was constantly on the road, travelling internationally, while serving on the diaconate at church, teaching in Sunday School, and doing my best as a husband and father. 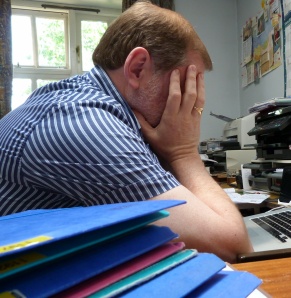 Early in 2002 I started to write in my journal that God was telling me to rest. I found that strange because much of what I was doing I was doing for Him. There was no space in my life to stop and rest. Busy, busy, busy. The pressure began to increase as more stuff piled into my life and things started to creak a little. I could still hear God’s voice, but the only thing He was saying to me was “rest!”

Disobedience is disobedience and it cannot be allowed to continue. If I couldn’t find a way to obey God, then He knew a way to enforce His will and make me slow down. There was a trigger, which wasn’t any more pleasant than the experience that followed. BANG! Down I came. Panic attacks, visits to the doctor, anti-depressants, unable to leave the house, and not wanting to be left alone in it either. People at church thought I was under attack. They blamed Satan. But while he may have tried to claim responsibility my condition was nothing to do with the evil one.

It didn’t feel like it at the time, but my depression was a precious and very special gift from God as He brought me into a place where I was able to slow right down and rest as He had told me to. During that time God built me. I spent so much time in His presence where He blessed me and blessed me again. An outsider looking in would not have seen this, or understood what was happening. It took time, many months in fact, before I felt completely restored. The one thing I held onto was the process of healing and growth that God put in place and nurtured, while He had my full attention. 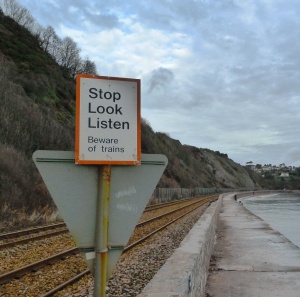 Does God have your full attention? My experience with depression taught me many things. The most important were that I need to listen to God, and I need to rest in God.

There remains, then, a Sabbath-rest for the people of God; for anyone who enters God’s rest also rests from their works, just as God did from his. Let us, therefore, make every effort to enter that rest, so that no one will perish by following their example of disobedience. (Hebrews 4: 9-11)

The apostles gathered around Jesus and reported to him all they had done and taught. Then, because so many people were coming and going that they did not even have a chance to eat, he said to them, “Come with me by yourselves to a quiet place and get some rest.” So they went away by themselves in a boat to a solitary place. (Mark 6: 30-32)

4 thoughts on “Down Time”