When I was seven years old I thought I could fly. I had a dream that I could. It was a dream I had many times as a child and still have occasionally. I was so certain that I could fly that I asked my father for paper and string so that I could make some wings. I recall that he took some persuading. Eventually my father capitulated, having failed to impart any understanding of the challenge involved in a small boy making wings that would enable him to take to the skies. I didn’t manage to fly. The strange thing is that in my dream I don’t have or need wings. 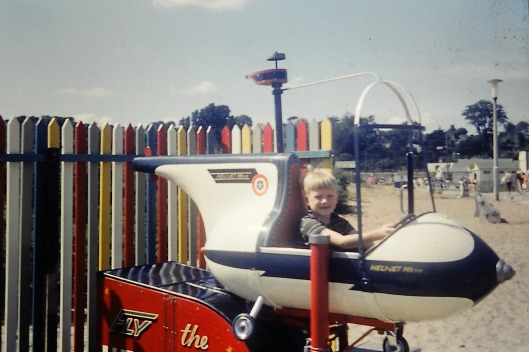 I have other recurring dreams. In one I am the officer of the watch when the ship on which I am serving runs aground. Fortunately such a scenario never happened when I was at sea, but I remember well some of the shipwrecks around the coast of my childhood island home. Men died in the worst one. In other incidents ships perished but the crews survived, but there were also vessels that were successfully refloated.

Oil painting; the ‘Prosperity’ wreck with ‘Elwood Mead’ in background, by Margaret Broad. Guernsey Museum Object No. GMAG 1982.257. Artwork photographed for a Public Catalogue Foundation catalogue of paintings in the Channel Islands

Dreams. But life isn’t a dream. It is real. Stuff happens. Ships run aground. People die. Terrorists murder indiscriminately in the name of a loveless god. Stuff happens and we struggle to make sense of it all. Sometimes it seems that God does not have his hand on the tiller. We think He is in the boat of life with us but when we look around He seems to be fast asleep! How can He sleep during the storm we wonder? The disciples of Jesus asked that question. Many times they just didn’t get it. They followed Jesus but they could not understand Him. He let Peter walk on water and then allowed him to sink. Jesus failed to visit Lazarus when he was sick, but waited instead until after the funeral. Jesus healed ten lepers one day knowing that only one would come back and say thank you. Who was this Jesus?

I wish I could fly. Perhaps it would give me a better perspective on the things below me that I cannot understand while I am living at ground level. But that’s life. We only see it in one dimension. Ours. And then comes the mighty rushing wind. It’s not that the penny suddenly drops. It doesn’t. Why? Because we are no longer the same. The Holy Spirit of God has fallen upon us and we don’t need to fly anymore. We don’t need to understand. We just need to be grateful and walk on knowing that He walks with us. And one day we will soar on wings like the eagle. And in that instant everything will become perfectly clear as we see through different eyes.

Do you not know? Have you not heard? The Lord is the everlasting God, the Creator of the ends of the earth. He will not grow tired or weary, and his understanding no one can fathom.

He gives strength to the weary and increases the power of the weak. Even youths grow tired and weary, and young men stumble and fall; but those who hope in the Lord will renew their strength. They will soar on wings like eagles; they will run and not grow weary, they will walk and not be faint. (Isaiah 40:28-31 NIV)

Image of Prosperity aground from http://www.museums.gov.gg/shipwrecks

4 thoughts on “I Wish I Could Fly”