Do you ever wonder why the world has so many different religions? They can’t all be right, can they? Could all paths lead to the same single deity? I don’t believe that they do, but it intrigues me that mankind seems to need to some sort of god to exist. Even the atheists have gods – they just don’t recognise what they are. The fact is that we all worship something, but not necessarily someone. 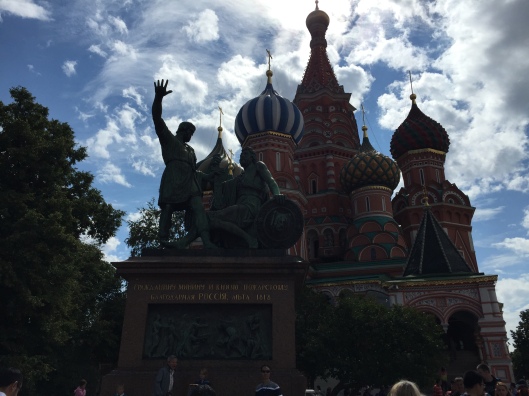 Cathedral of Vasily the Blessed in Moscow (St Basil’s Cathedral). Once a place of worship – now a museum with an admission fee

I do find it astonishing that the Israelites, having escaped from Egypt and experienced first hand miraculous evidence that the God they followed did exist, quickly set about manufacturing an idol to worship after Moses their leader disappeared up a mountain for a long conversation with God. What does God have to do to prove He exists? From that point on the history of the ancient Israelites is littered with incidents of unfaithfulness, most of which are connected with the worship of inanimate objects.

Now I happen to believe in the God of the Israelites. I do not believe there are any other gods, and neither do I believe that all paths lead to the same God. The Bible makes it quite clear that there is only one God and that the only way to Him is through faith in Jesus Christ and ownership of our guilt and imperfections, which go under the corporate name of sin.

The human struggle with sin does not end with salvation and forgiveness and surrender to God. If anything it gets worse. A problem occurs when we try to put sin on a sliding scale of seriousness and use that as a get out of jail free card for the things we would rather not stop doing, or have decided are acceptable as long as we can get away with them. I’m not proud to admit it but I am speaking from experience here. The issue for me is that when I do this I am unable to operate on the level that God wants me to. He has more for me but getting to where He wants me to be depends on my being able to recognise my incompleteness. 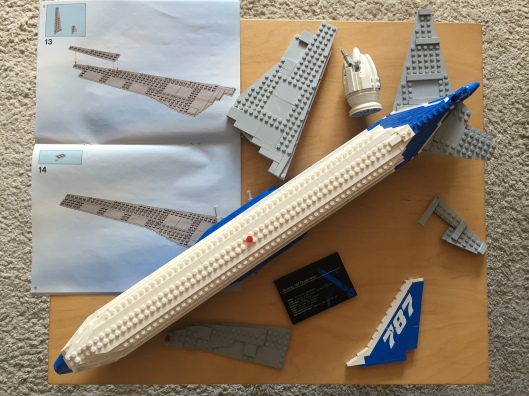 Incomplete – A Work in Progress

I do not believe that God wanted or expects any of His followers to be incomplete; but we all are. How incomplete we are depends greatly on our attitude to sin, our approach to God, and our honesty with God, other people, and ourselves. We wouldn’t spend a huge amount of money on a 1,200-piece Lego model only to build half of it. I couldn’t bring myself to look at my Lego Boeing 787 Dreamliner if I had only half built it – if a wing was missing for instance. And we are God’s Lego models, formed from thousands upon thousands of pieces. He is still working on us all. We are all incomplete. But we can help Him by considering why it is taking so long for us to be built and doing something about it. God has so much more for us. I for one do not want to limp into heaven carrying a suitcase full of excuses and have to explain to God why I obstructed Him from putting a few thousand pieces into place. How about you?

Lord, we show our trust in you by obeying your laws; our heart’s desire is to glorify your name. (Isaiah 26:8 NLT)