I have been back to Russia this week. Although I first visited the country in 1974 as a lowly deck cadet on a ship taking grain to the Soviet Far East, my recent visits have been to a country that is very different to the former Soviet Union. One thing that has not changed is the housing that surrounds the major cities. Taking a ride in a taxi from any of the international airports to a city centre is an experience as wide roads pass through predominantly scruffy neighbourhoods full of tower blocks providing small apartments for the city dwellers. In Moscow and St Petersburg things start to improve as you reach the city centres, although many of the roads are still incredibly wide, especially when compared with a typical UK city. 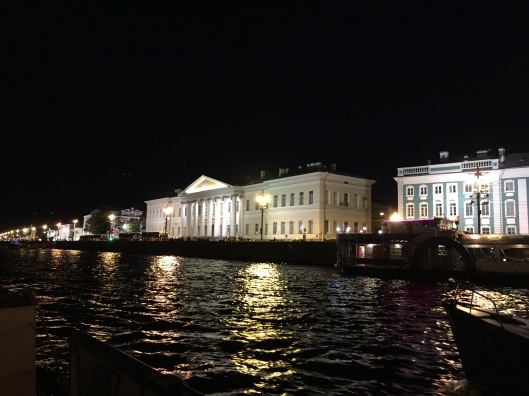 The Russian colleagues who hosted me this week flew in from Moscow and were keen to explore the inner beauty of St Petersburg, and to share their experience with me and another colleague from Austria. On the first evening we went to a restaurant on Rabbit/Hare Island (Zayachy Island) in the Neva River. Rabbit Island is also home to the Peter and Paul Fortress where political prisoners were held. We walked around the island after eating and stayed to watch the sunset, and then took in other sights as we returned to the hotel. 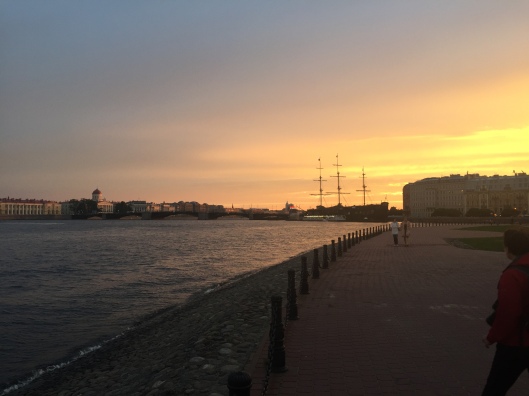 On the second day we worked ten hours without a break to complete the audit. We then ate at a rather splendid Russian restaurant where the toilets were mini thrones. From the restaurant we went to the Moika River and boarded a boat. From midnight until 02:15 hours we saw the city from the river. It was spectacular. There were many boats on the river and the embankments were lined with people all waiting to observe the 02:00 opening of the drawbridges. 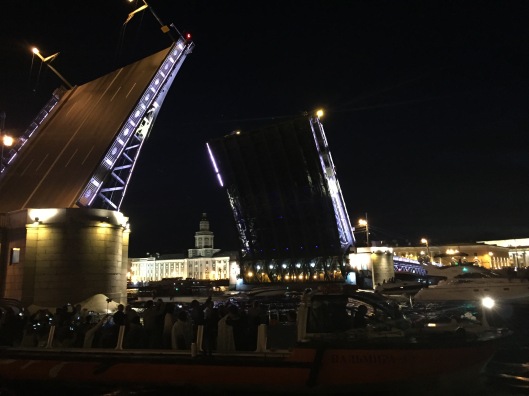 The drawbridges on the Neva River are opened at 02:00 daily

On the final day while sort of en-route to the airport we managed to squeeze in a visit to Peterhof Palace. We didn’t go inside, but the grounds outside the palace were quite stunning. The drive to the airport was a reality check as we left Peterhof and entered tower block land again. I am grateful to my Russian colleagues (I consider them good friends actually) for showing me so much of the city. 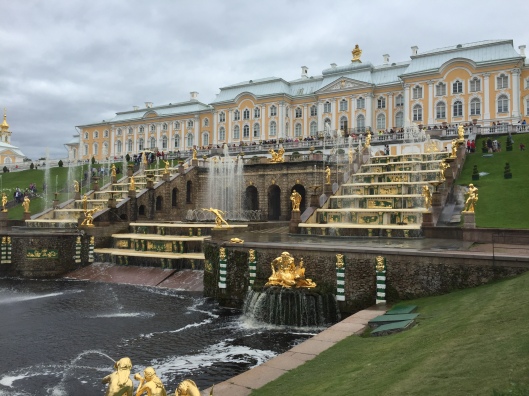 Had our work been in an industrial or commercial area outside the city we might never have been exposed to the beauty of St Petersburg. Just as there is beauty in the heart of St Petersburg so there should be beauty on the inside of all God’s children, and on the inside of His churches all over the world. So often we forget that the apostle Paul told us we are to be temples of the Holy Spirit. If we were truly surrendered to the Holy Spirit then the radiant beauty of Jesus would be evident on the outside, not hidden away on the inside of our lives and churches.

Those who look to him for help will be radiant with joy;
no shadow of shame will darken their faces. (Psalm 34:5 NLT)

6 thoughts on “Beautiful Inside”