I really do not like conference calls. They are okay when they are over but prior to and during such calls I get really stressed. I had one this week. First, I had to spend a morning preparing for the call, making sure I had all relevant bits of paper available and that I knew my facts. Then I had to remember to dial in at the agreed time. Would you believe that the clock on my home office wall stopped fifty-five minutes before the call and I nearly missed it? 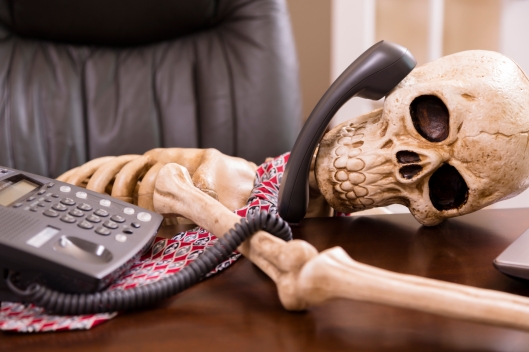 Then there was the call. Fortunately this was conducted in English, although there were several nationalities represented (British, German, Austrian, French and Serbian). I hate not being able to see the other participants, but am relieved that they couldn’t see me supping coffee, twiddling my fingers, yawning, etc. After a painful sixty minutes business was concluded leaving only the notes I had made to be typed up, and communicated to the one (and most important) party who most inconveniently was not part of the conference call.

Prayer meetings can have a similar affect on me. They are okay when they over, but can be challenging and on occasions quite stressful. Those gathered together might speak the same language but it often seems as if they are not speaking in their native tongue. Given that we are supposed to be coming before God in a prayer meeting I am often surprised that participants may not consider their words before they allow them to leave their mouths. Perhaps it is as well that their eyes are closed and they cannot see the pained expressions on other people’s faces. On such occasions it seems to me as if the most important party (God) is not present.

In a conference call it is only possible for one person to speak at a time. Points need to be made quickly and concisely so that the call may move towards completion and not get bogged down with verbosity. While similarly in a typical prayer meeting only one person can speak at a time, verbosity can be a challenge. Problems arise when certain individuals (I call them professional pray-ers) believe that they have more to say than everyone else and continue until they have worked through the prayer shopping list. This is exhausting for everyone else in the room, and possibly for God too.

The last thing I need to feel in a prayer meeting is surplus to requirements, inadequate, or that I am wasting my time and God’s time by being there. Usually I arrive after a busy and often stressful day, and all I want to do is be quiet before God. I’d like to be able to hear His voice rather than anyone else’s. If I do pray out loud it has to be with God’s permission and ideally using words that come from Him and not from me.

My conference call this week was productive, but it was also unnecessary. If certain parties to the call had provided the information requested when it was requested a solution could have been agreed several weeks ago. Prayer on the other hand is always necessary, but not necessarily productive in our quiet times or in our prayer meetings. When are we going to allow ourselves to be taught how to pray?

“When you pray, don’t be like the hypocrites who love to pray publicly on street corners and in the synagogues where everyone can see them. I tell you the truth, that is all the reward they will ever get. But when you pray, go away by yourself, shut the door behind you, and pray to your Father in private. Then your Father, who sees everything, will reward you.

“When you pray, don’t babble on and on as the Gentiles do. They think their prayers are answered merely by repeating their words again and again. Don’t be like them, for your Father knows exactly what you need even before you ask him!” (Matthew 6:5-8 NLT)

8 thoughts on “The Conference Call”